So, recently, a dream I have been chasing since childhood was burned to the ground by a minor setback. I very narrowly missed a shot at starting a career with arguably one of East Africa’s biggest firms in the media industry. As would any other dreamer my age that had already mapped out his future in his head, I threw myself a small pity party: “sulk, Tony. Let your spirits shut down. Convince yourself that that’s just about it; it’s over”. Then a few nudges from my friends got me asking myself: was it? “IS IT? Is that all there is to me; all I’m about?! What about all I had to offer my prospective employer; what now, does that go down the drain?! Oh my God….AM I DEAD?!!”

See, more than often, we underestimate ourselves. The things we can do, the lives we can change, the figures we can add to our wage numbers are beyond our average human comprehension. We limit our goals and dreams to a shelf way lower than we deserve. It’s very ironic how the entire world sees way greater things in us than we want for ourselves; how everybody else but you sees you in a way higher place than you’re chasing. We fixate our eyes on the same prize for so long that we resultantly shut out all possibilities of noticing, and desiring, better for ourselves.

Granted, bad things are happening in your life. Tragedies, even. Obstacles, both human and not. The question is: aren’t you letting them shadow the good in you? Aren’t you letting your failures weigh down your successes? Yes, you’re a graduate in law, engineering or journalism that has not yet joined a firm/company. Are you going to hibernate your four years of study until a Human Resource Officer calls you to his office? What you learned, is it absolutely useless to your individual self and others until you get a job with firm A or B? Most importantly, ARE YOU LIMITED TO WHAT YOU STUDIED?!

As a Christian, I believe that God will guide your footsteps only if you’re willing to move your feet. Disappointments are bound to come and go; that’s just life as we all know it. But my friend, Aluta Continua. Move on. Whatever you do, don’t stop moving. There are lots of other, probably even better, opportunities coming your way- only if you meet them halfway. You may run, you may walk. Crawl if you have to. Whatever happens, DON’T. STOP. MOVING.

There are two types of people in this case scenario: the type that pack up after one two, even five, disappointments (codename Quitters) and the type that have a one-hour pity party, suck it in, and move on to the next attempt (codename Winners). Under no paradigm does the story end well for the former. It’s a common quote that your playing small does not save the world. You’re not small. Stop acting small; stop THINKING small. Eliminate any tolerance you have for mediocrity. You may start small; just start small for something big. Your purpose in life is a lot bigger than you can possibly fathom. Limiting what you can achieve for your life and the lives of others based on what you studied, who you work for, where you live or what happened in the past isn’t just career suicide; it’s blasphemy to your potential, and your dreams and goals. Go change the world. Bless. 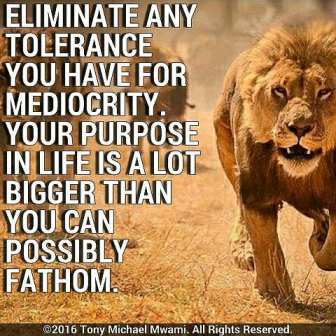 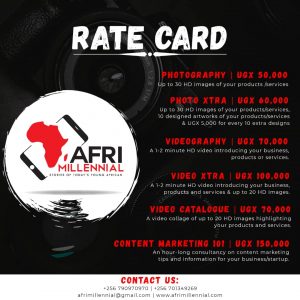