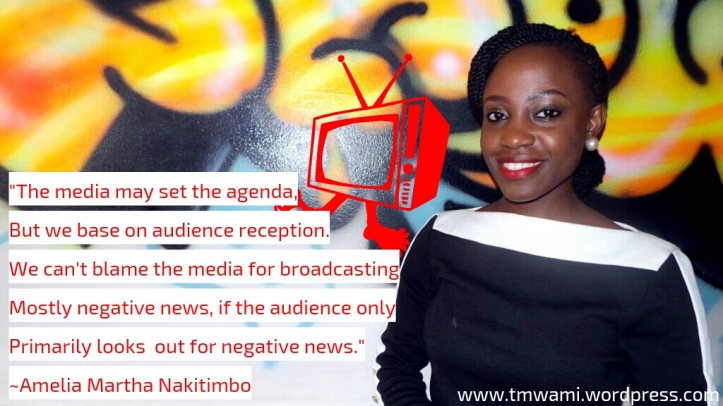 For a 24-year-old, Amelia Martha Nakitimbo is pretty much what some would call a high flyer. The youthful practising journalist anchors the PM Live news bulletin on Urban TV Uganda, as well as weekend bulletins on XFM. Amelia also teaches Sunday School. I caught up with her to find out what keeps her going, and her stand on the media in Africa today.

Q: Who is Amelia Martha?

A: Amelia Martha is an only child born on 21st April, 1993. She studied Mass Communication at Uganda Christian University Mukono, majoring in Public Relations. I’m a practising journalist working with Vision Group. I’m a news anchor at Urban TV’s lunchtime bulletin during weekdays, PM Live. I also do field reports, and anchor news bulletins over the weekend with XFM, a radio station for young people. I’m a Sunday School teacher (I’ve always loved children), a Christian and a friendly person that keeps a closed circle of friends but has wide acquaintances. I have a passion for trying out new things.

Q: What else do you do when you’re not reading the news, or teaching the Bible to children?

A: I’m into film. I have an underutilised talent there; I scriptwrite, act, direct and produce. I plan to go to school to further find my niche in the film industry. I also hang out and sleepover with friends, watch movies, go for poetry recitals and I love adventure- I did white water rafting once, and would do it again. When I can, I do long distance travel. I have this plan to earn money while in my leisure, but that’s withheld until the time to disclose is right (giggles). 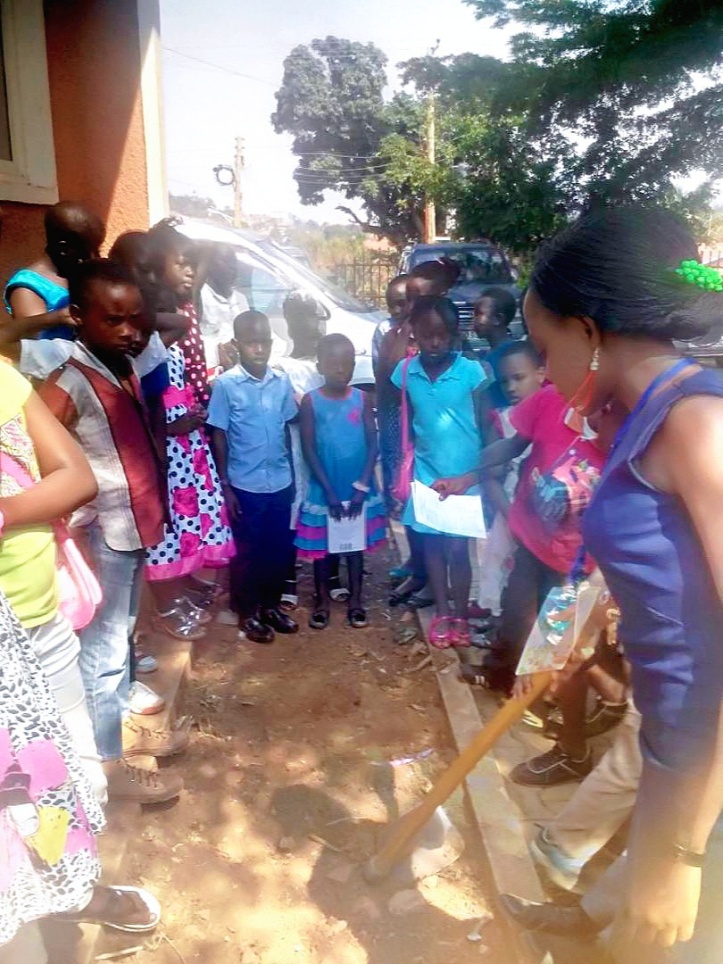 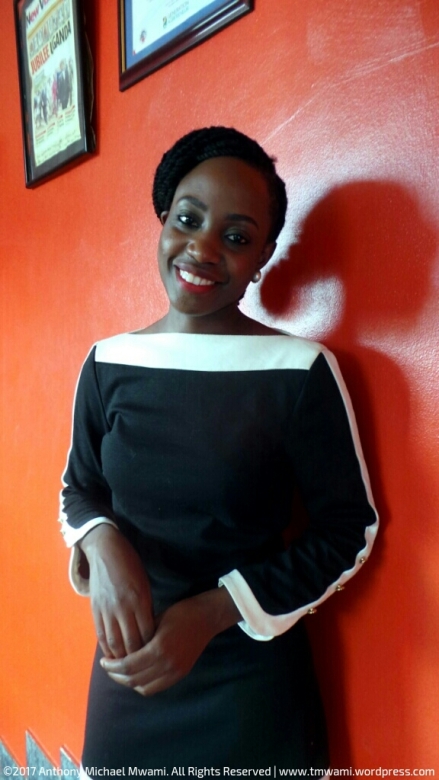 Q: Why the media and PR? What made it tick for you?

A: There’s something daring, something risky about journalism- and I love the thrill. I haven’t been in the field much, but there’s still a lot for me to explore. I also find journalism noble, because you’re an advocate for the society. There’s also the informative part of it. I vaguely remember pretend-anchoring as child and reading lots of newspapers. I was “Amelia Martha from Voice of America” (laughs). I didn’t get to watch a lot of TV, though- I was in boarding school most of my childhood. I also never had stage fright during my time at school. I was never directly involved in MDD, but I helped friends rehearse. So given the confidence, journalism came easy to me.

Q: Who were your inspirations growing up?

A: I’ve always admired Christiane Amanpour. There’s also Zeinab Badawi of HardTalk on BBC- I like her energy.

Q: How do you manage to balance your time for all that you’re involved in?

A: You have to balance. Before taking up any role in your life, make sure it agrees with your current schedule. Over the weekends for example, I attend the morning service at 7:00AM, so I can read my first bulletin at 10:00AM. Between then and 1:00PM, which is my next news bulletin, I have enough time to get back to church (it’s really close to work) for Sunday School. So it’s basically about proper time management. If you take up roles in agreement with your schedule, there should be no pressure- don’t take up appointments you won’t manage. 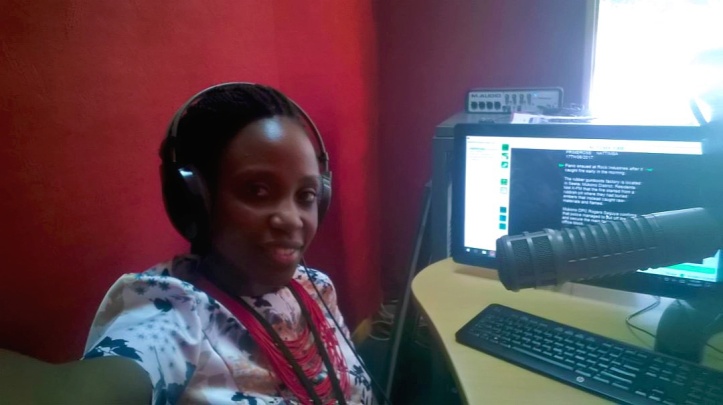 Q: Away from your personal life, what’s your take on the state of media in Uganda and Africa at large; how much have we achieved, how much can still be done?

A: The media is quite pivotal in people’s lives right now. A lot more can still be done, though. Take in perspective what the likes of BBC are doing right now. They’re running a campaign called Live the Story, where they incorporate with other media houses to unearth stories. They’ll interview journalists from other media houses and also allow their stories to be used, in the name of bringing the story to light. In Uganda, that cooperation is not there. We also lack followup on stories. We tell a story and hardly make followup. As soon as another story erupts, boom! We jump onto it. We are so easily distracted. I also think there’s a lot of people in the media today doing it for the money, so if their employers don’t finance the followup, it’s unlikely they’ll do it out of personal initiative.

Q: You work for government-owned media; would you concur with the view that the media in Uganda is government-influenced; that their operations are always in the interest of the government?

A: There’s definitely those stories about the Piper calling the tune, but I don’t think it’s all the time, and not with every story. Even here in the New Vision, we ran a story over the weekend about an editor of ours that was trailed by hooded assailants over a story he had run busting some corrupting leaders, and it’s not the first time that’s happening. We can’t confirm whether or not the threats were from the implicated leaders, but the story was definitely not in the interest of these  particular leaders.

A: Citizen journalism is definitely a good thing for the media. The capture and killing of Muamar Gaddafi was not recorded by professional journalists; it was recorded by citizens. Another couple was on honeymoon on the beach, and the man recorded a crash and shared it with media houses. So if citizens back out and wait on us to provide the news, crucial information is going to go unnoticed. Citizen journalism does not make mainstream media irrelevant; it complements it.

Q: Does that not give a lot of room to amateur journalism; the unprofessional kind?

A: Well, we already have unprofessional practitioners even within the media industry. So we can’t really blame that on citizens. Like it is in all industries, there are people who are in journalism for the money. There are also people who venture into journalism without neccessarily studying for the profession. So journalism is all about storytelling; if you can tell the story really well, and are willing to learn or work along with the media, that’s okay. 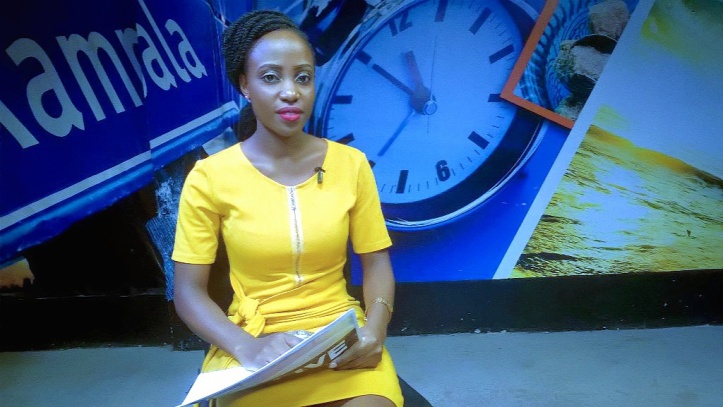 Q: How plausible do you find the notion that the media industry is not very open to the youth; that it has limited opportunities for them?

A: The media is only one sector of employment like any other. The level of taking in fresh graduates into the media industry should not be set aside from that of the other sectors; it’s a basic challenge that the country is facing. Some will get recruited, and some won’t. So it’s not a Mass Communication problem; it’s a national problem. But there’s quite a number of opportunities, I must add. For example, a huge majority employed at Urban TV and XFM are young. Besides, the youth are innovating and creating paths for themselves. “Social Media Executive” is a new job title- who in Primary Five would say they wanted to be a Social Media Executive when they grew up? You and I know quite a good number of youth that have added “Photography” at the end of their name, because they’re venturing into photography on their own.

Q: With all this in light, what was it that you did differently that got you in, that the others have probably not done?

A: (giggles) Well, I joined Urban TV as an intern. One thing I always tell  the interns that have come here after I did, is that you need to show people that you’re ready to work and you’re serious about what you’re doing. There are those that come and you literally force them into work, they need pushing; they don’t seem to be interested. So if you really want to get somewhere, show the passion for it- show your willingness to work, and put everything you have out there to learn what you have to learn. That’s the story I’ve lived. Also, if you’re lucky enough to start up something of your own, do it- there’s no need to wait on formal employment.

Q: In regards to our international affairs and socioeconomic development as a continent, how much do you think the media is striving to tell a good story about Africa out there; to bring the good to light as opposed to the bad?

A: I think that we as African media haven’t yet purposed to be international. There’s only a handful of journalists from Africa that have made it on the international stage to tell our story accurately enough. Also, when you look at our stories, our content is lacking. You’ll have correspondents bringing in news from Arua for national TV, but they tailor the story only to benefit people in Arua. Someone in Kabale won’t be able to relate with the news. The way international media houses tell their stories is different- they tailor them for a global audience. We need to learn to tell our stories to an audience bigger than Kampala. If we write our stories with an international audience in mind, then our stories can push our image further.

Q: In trying to create a new narrative, what are the odds that we as African media could cover more positive news and less negative news about ourselves?

A: One of the factors that push the stories we publish is their reception; who we’re making the news for. You can’t entirely blame the media for bringing you negative stories because the public we bring the news to won’t be interested in hearing that somebody went to work, or did their work; they want to hear that he fell on his way to work. The media may set the agenda, but we base on audience reception. So in addition to purposing our content for a wider audience, we also need to change our own reception of news to help change the narrative.

A: I wouldn’t like to keep myself in one box. I have a passion for learning new things. I intend to further my studies and advance in journalism (on the international scene), film or urban planning in that particular order. My particular interest in film is to create content tailored for African children- cartoons, music, movies and series that can replace the x-rated content they’re exposed to today. The idea was sparked by a powerful presentation by Ms Sandra Kose on creating content fit for the African children that I attended. I can always teach too! It’s anyone’s highest possible calling. You can always be a teacher or consultant that specializes in your career.

Q: Extra note to the youth?

A: Listen. Ugandans are hospitable people; regardless of whether or not you like where you work, but ther will always be someone that sees themself in you and is kind to you; some that loves to advise you careerwise. Listen. Also, we easily get bored. We want to jump places, but to quote a colleague, you may want to jump to greener pastures but end up on a green carpet.